The particle itself would be just the grey threads (or strings) in the picture (no color and a lot thinner of course).
It would fit perfectly inside of a dodecahedron.
Actual thread (or string) length is about one Ångström and it is fine enough where 10 threads (20 radii) could curl-up into the size of a neutron.
A SIMPLE MAGNETIC COMPASS DESTROYS MODERN PHYSICS

At this point in time they are debating whether or not space is empty? But the magnetic compass has been around for thousands of years.

With a simple compass you can easily verify:
● There is something filling supposed empty space.
● Whatever is filling space is also lining-up
● Whatever is lining-up also has a direction.

Can General or Special Relativity explain something in space is lining-up and having a direction? Of course not.
String theory with tiny vibration strings can also absolutely NOT explain it.
The supposed Higgs Field does NOT explain it.
There is nothing in the Standard Model that can explain it.
Loop Quantum Gravity? Quantum Mechanics? Nope, nothing explains it.

NOTE: you might get Mr. Simple that claims it is vectors in the EMF (field) but that is just infuriating because a "vector" is just another word for a direction -- and the reason for space having a direction is what is NOT explained. (Richard Feynman would tear you a new one)
They also think a "field" is just math - like a set of numbers - nothing of actual substance. And the numbers only represent places in space - nothing is actually there. So, that offers no explanation whatsoever.

"Lining-up" Analogy: If you threw a bunch of ping-pong balls into a box container they would pack the bottom. They would actually line-up.
Lining-up is easy. 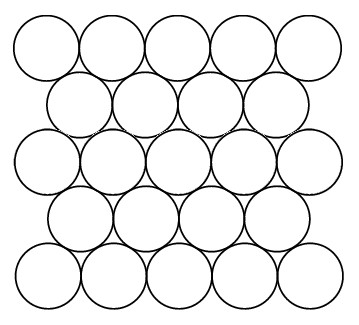 And if you threw a pencil into the box with the ping-pong balls the pencil would also be forced to line-up along one of the troughs made by the ping-pong balls. But there is absolutely NO direction involved. The lining up would be just random -- for this scenario it is one of six ways.

Think about it: A simple compass completely wipes every known theory right off the map. But it proves there must be a substance in space and it can line-up somehow. Is that even possible? Yes, it is easy, it's Quantum Thread Theory. QTT explains everything...

So, Yes -- there is medium and now you know how it is working.
Here is a regular thread tension formula...
Tension = velocity squared x mass / Length.
If we plug c in and rearrange we get the one-inch formula... TL = mc^2
http://www.mccelt.com/the-one-inch-equation-to-explain-all-physical-laws.php

Maybe Richard Feynman can help?
Hey Rich, what is a magnetic field?

The particle itself would be just the grey threads in the picture (no color and a lot thinner of course).
It would fit perfectly inside of a dodecahedron.
Actual thread length is about one Ångström and it is fine enough where 10 threads (20 radii) could curl-up into the size of a neutron.