If you have a basic fundamental particle... regardless of the theory it is only going to be something like a point or a string -- something completely basic.
There is no possible way basic things like that can be sticky and attach to other particles for that reason
There must be an extremely simple and mechanical mechanism of connection.

Glue or stickiness is a large scale group process. Nothing like that could be happening at a quantum level. Whatever is going on has to be happening between only one or two fundamental particles.

And a force is holding them together... ●◉●


Now there has to be a reason why 3 particles are being held together and it must be some kind of simple mechanism. 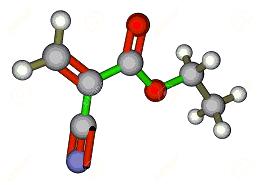 Also... a large scale force must be a process of particles. How could that work for Dark Energy expansion? If you had a group of particles lined up (like a pearl necklace) there is no way you could push on one end and move the whole thing unless the connections were completely rigid. And space is not rigid.


Glue for instance is a large molecule. When you think in terms of the very small you can't use things like that. It could not be the most basic particle construct.

Things have to operate automatically on their own.

You cannot explain the basic working of something and use something that only works as a large scale group of things.
Do you catch my drift? If things were held together by glue (at a quantum level) you are not at the smallest level and you would also have to explain how quantum glue works.

Everything in my theory works automatically and it explains everything.

This is only an example but if there were a lot of these things floating around and they got near enough to touch they would automatically connect... actually form a field on their own.
If you had a whole bag full of them you would not need the bag anymore... they would stay together on their own.
They can only form a field by connecting then pulling, no pushing allowed, it would just become floppy, that means there cannot be Dark Energy.

If there were no corkscrew and the strings were straight nothing would connect. So there must an ultimate / optimum amount of (the Goldilocks) twist to readily allow connection and disconnection